5 of the Best Cocktail Bars in NYC 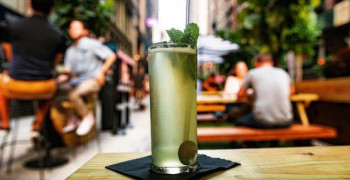 New York City easily takes the crown for having the best cocktail scene out of any major metropolis. No trip to the Big Apple is complete without enjoying a beverage at a secret speakeasy. Here are five of our favorite cocktail bars for libations in New York City.

The Lab at Patent Pending

The Lab serves Patent Pending’s signature cocktails indoors and at an outdoor patio that will feature weather-proof canvas huts for the cooler months. The fall menu includes an extensive list of barrel-aged cocktails including the powerful Odd Love concoction with rye, Spanish brandy, patent coffee, cherry, walnut, and absinthe.

A self-declared cocktail hangout, Jackdaw NYC, was created in the East Village by a group of friends from Sligo, Ireland who weave parts of their homeland into the venue’s decor and menu. The world-famous Irish poet W.B. Yeats inspired the name Jackdaw—a bird commonly found in the Irish Isles. Many of the best hand-crafted cocktails at Jackdaw NYC feature Irish gin and whiskey and, of course, Irish coffee.

Discreetly located in the otherwise drab financial district is Dead Rabbit. It’s been voted the best cocktail bar in the world. The themed bar is anything but cheesy and draws inspiration from Martin Scorsese’s 2002 historical blockbuster, “Gangs of New York.” Choose your beverage from a comic book that depicts New York’s history complete with cocktail parings with important figures—many of which are served in teacups.

This New York institution has been serving up delicious cocktails since 2004. The West Village speakeasy was opened up behind a fortune teller’s shop by a gaggle of industry friends to serve award-winning cocktails after to their peers after their shifts. The bar boasts old-school charm with wooden furnishings and art deco accents.

Don’t miss out on trying one of Employee’s Only most celebrated cocktails—the Ginger Smash or try some of their other unique drinks such as a lavender-infused gin and what might just be one of the fanciest (and most expensive) rum punches ever made. Their bar program is sought out by mixologists around the world and they now operate outposts in Los Angeles, Sydney, and Singapore.

The "World's Best Bar" by World's 50 Best known for its Negroni Sessions menu with a dozen different variations has recently opened a second location Dante West Village. The cocktail bar is already making a mark on New York City’s cocktail scene with its offering of unique Martinis and Spritz. The mint green-colored West Village establishment features outdoor seating. Indoors guests lounge in plush green velvet banquets or stand by the hand-carved marble bar. The vintage-esque space is pulled together with mood lighting and bespoke wallpaper. 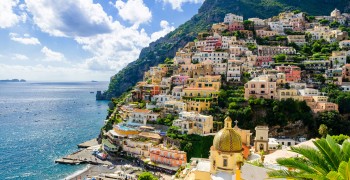 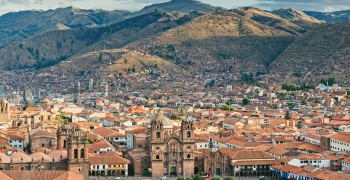